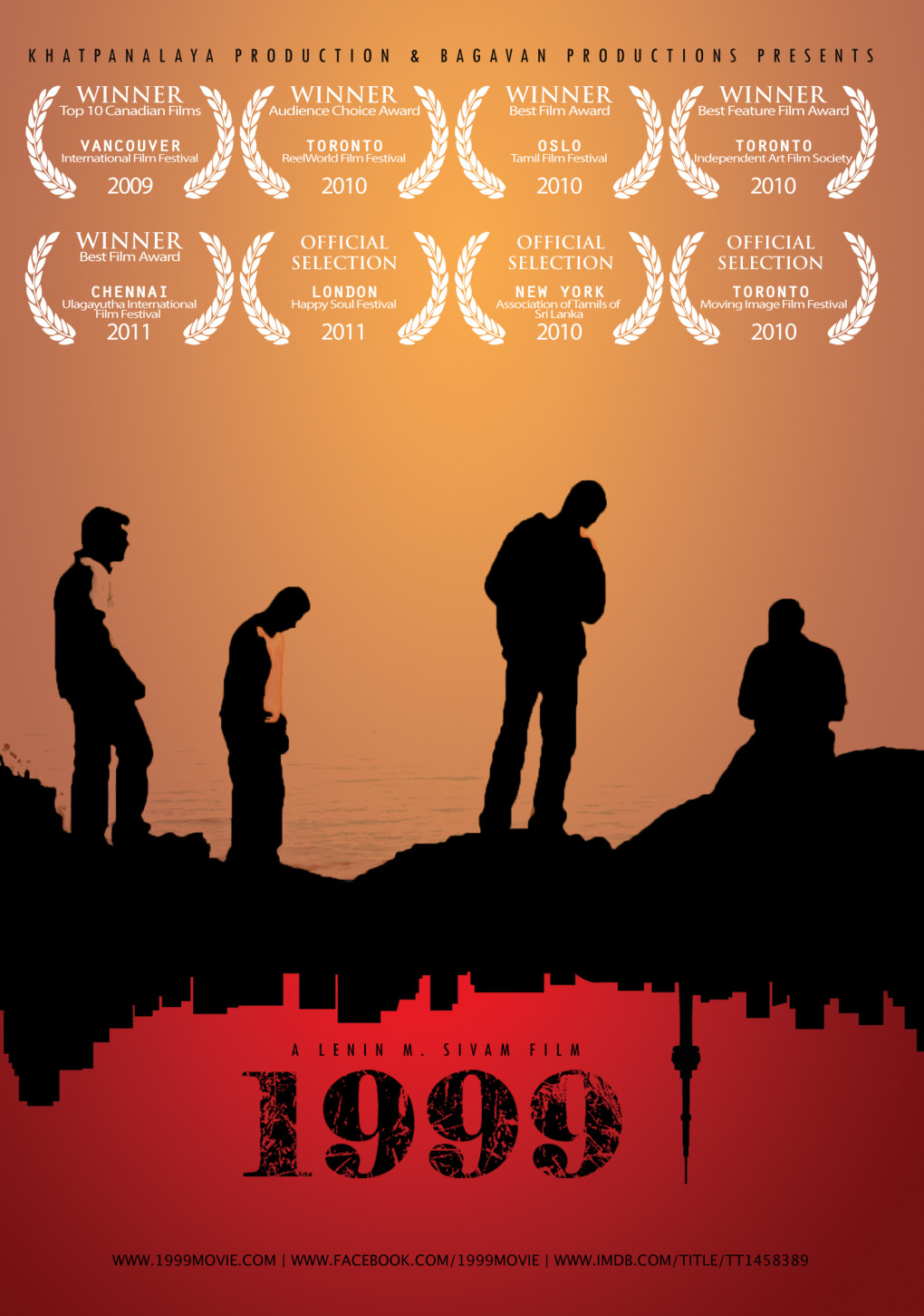 The movie 1999 is a sinuously provocative, edge-of-your-seat tale of friendship, betrayal and courage. Set against the city of Toronto in the year 1999, director Lenin M. Sivam chronicles the trials and tribulations of three young Tamil men. They have treaded very different paths in their lives yet their fates become inexorably tied to each other. A bright underachiever, the impressionable 23-year old Anpu lives with his ailing father, who is a no-nonsense disciplinarian. Trapped in a self-perpetuating cycle of isolation, Anpu finds salvation with a local gang. The charismatic gang leader Kumar who maintains a strong sense of comradely and a code of honour. Gang life is not something he enjoys nor something he chose, but circumstances forced him into it and he is waiting for the right moment to quit. And, far removed from them is an ambitious student Ahilan, who has managed to surmount enormous challenges in life through his positive outlook and determination. Former classmates and friends, Ahilan and Anpu happen to like the same girl. These young men’s stories couldn’t be more different, yet the one thread that links them all is that they all are victims of the brutal civil war in Sri Lanka. That fateful bright Saturday starts like any other, and no one could have predicted the chain of events that are about to quickly unfold that will change their lives forever.